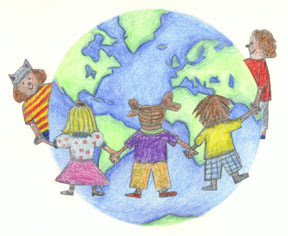 The contemporary globe spinning and spinning with a pace, literally much at higher speed than before, has begun to fade ‘the philosophy’ off. ‘The system’ that we are a part of, is a vicious cage of materialistic boundary. Here, having discourses upon education system all over the world, we can conclude that education or graduates are serving not actually to live their lives, moreover to strengthen the materialistic boundary of the (literally) caged lives.

Education and System are integral and major part of the society. Though being soft, these aspects of society have power to transform almost everything. The manner of the society transformation is not satisfactory if we scale the global achievements against global sufferings.

Public Education is slowly being regarded as commodity, kicking the notion that free and accessible education in turn creates responsible citizens who are jewels of prosperous earth. This story has not started now, but during the 18th century of industrialisation. We have gone through 2 world wars and cold war till 1991 after the 18th century which transformed the ‘system’ to present state with nearly permanency.

They are killing the ‘core’ value education and have endorsed a ‘nominal one’.

The system that has been set right after cold war has served number of world capitals since then. The ‘world capitals’ are actually in the race that eventually may invite devastation to human civilisation and to mother earth. The continuing excessive use of natural resources, increasing inequality, never ending wars with continuous weapons supply, increasing abuse of human rights, and related global sufferings all are caused by world capitals.

Even the clash between world capitals, political ideologies have split the whole world into parts which in long run serves the ‘world capitals’ and strengthen the boundary of ‘system cage’.

A good performing and studious child of this world may get an MBA in some 18 years of schooling; may transform into good personnel of a company and ends the ‘core value’ of human life basically linked with environmental sustainability. S/he may begin to serve the company which produces fancy products (fancy happening), uses resources (literally) killing lives of local environment and local people and pollutes the environment (killing flora, fauna and human). We won’t be able to calculate the ‘monetary value’ of compensating the damage to lives of each and every living being and damage to ecosystem. BUT if the governments are strong and/or if some entity sues such company, the compensation is made keeping the profit of company much higher. The compensation made here is just their ‘nominal value’ ; ‘core’ value already had been killed.

“What sort of Education had the example student has acquired?“

This is not worth to be called as education; moreover is a structured curriculum to serve the world’s ( regarding environment and human health/equity) evils. They (Planners with caring eyes on unsustainable companies) have killed value education which is invincible part of education.

Some world governments still value and respect serious planners, educationists/academicians who are practically ‘into’ sustainability of education which is primarily linked with sustainability of mother earth with prosperous lives of people and colourful diversity. Some governments offer ‘free’ and ‘compulsory’ education. More recently they have been focusing more on many stereotypes which have been trying to reclaim the core (aspect of value) education.

But to address the global issues with curative measures, nominal action is not enough. It needs global support and widespread motivation.

We have seen UK students performing drama show of Nepalese culture. We have seen Nepalese students studying ‘Land Ethic’ of ‘Aldo Leopold’. We have seen volunteer students from Western Europe / USA / Korea / Japan working hard, constructing school building in rural Nepal. We have seen US middle school student who designs more efficient solar cell during science project. We have been seeing any examples of ‘Value Education’ being kept at heart of (sustainable) education.

We have more to do.

Our Exams Are A Joke

WHY TEACHERS ARE NOT “THOSE WHO CAN’T”